With over 125 years of
Always Up®,
we’re just getting started.

Autocar’s history began in 1897, when Louis Semple Clarke built “Autocar No. 1”, a tricycle powered by a one-cylinder gasoline engine, now in the Smithsonian National Museum of American History. Later that year, “LS”, as he was known, founded the Pittsburgh Motor Vehicle Company, supported by his two brothers, their father, and a friend, William Morgan.

Autocar No. 2, a four-wheeled runabout car they called “The Pittsburgher”, was built in 1898 and is now in the Henry Ford Museum. In 1899 they moved the company to Ardmore, Pennsylvania and renamed their business the Autocar Company.

Clarke and his partners knew they were at the beginning of something big. But even they couldn’t have known how their innovations would go on to shape all modern American cars and trucks, and how the motor vehicle industry would change the course of American history. Autocar thrived and, over a century later, is proud to be the oldest surviving vehicle nameplate in the United States. 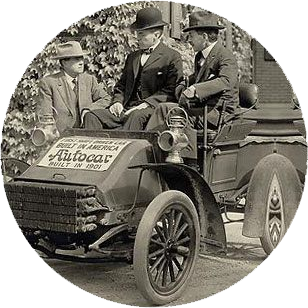 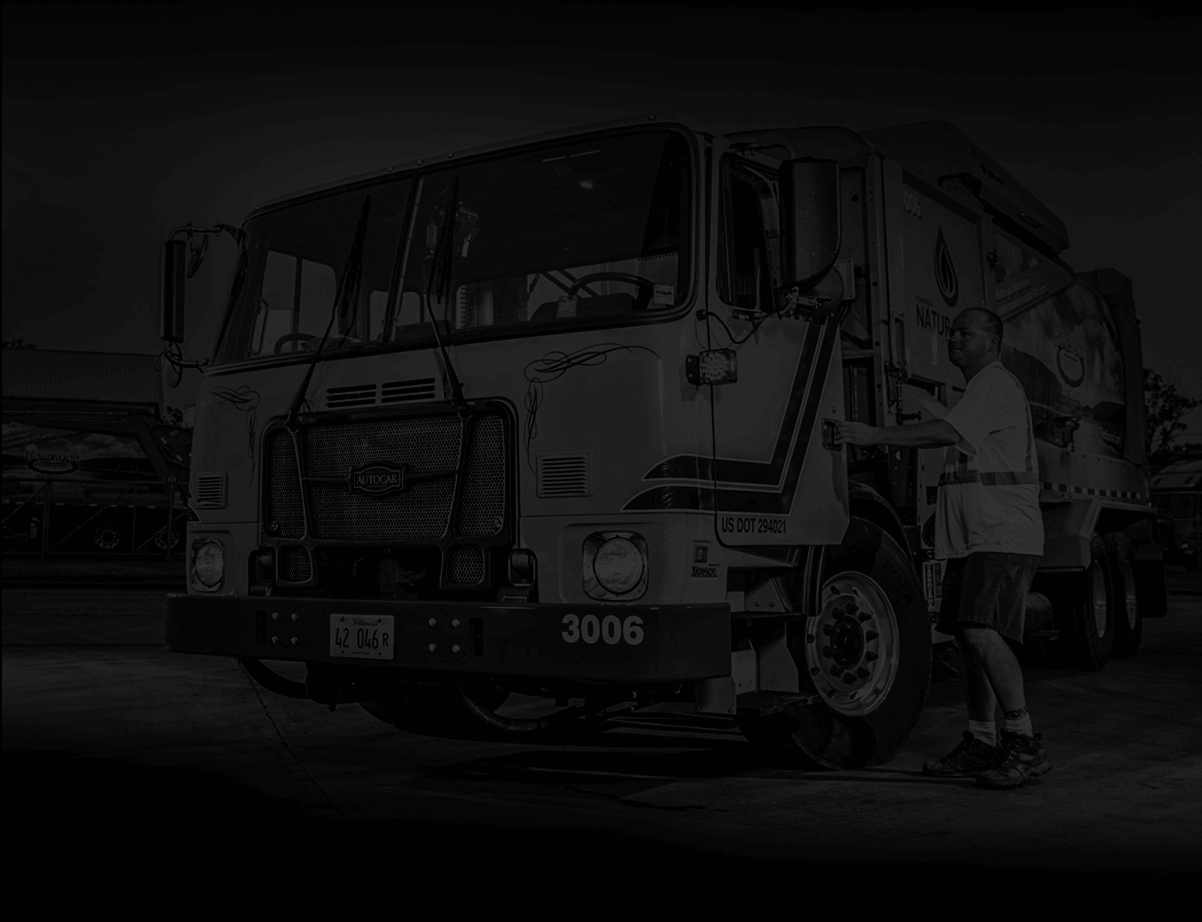 Autocar was at the heart of an industrial revolution when it built the first motor truck commercially available in the United States in 1899. The Autocar delivery wagon boasted a payload capacity of 700 pounds and optional 5 or 8 horsepower motors. The “engine-under-the-seat” design maximized area for freight and was the precursor of Autocar’s Cab-Over-Engine design used on every Autocar today.

The first Autocar truck was also “purpose-built,” in this case, to carry and deliver packages. Its design was declared to be so simple to use that any driver “can operate it with more safety than he could drive a horse”. 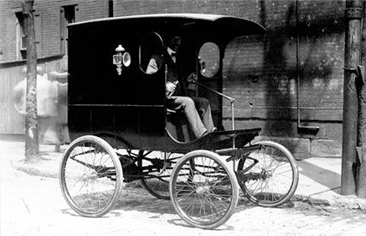 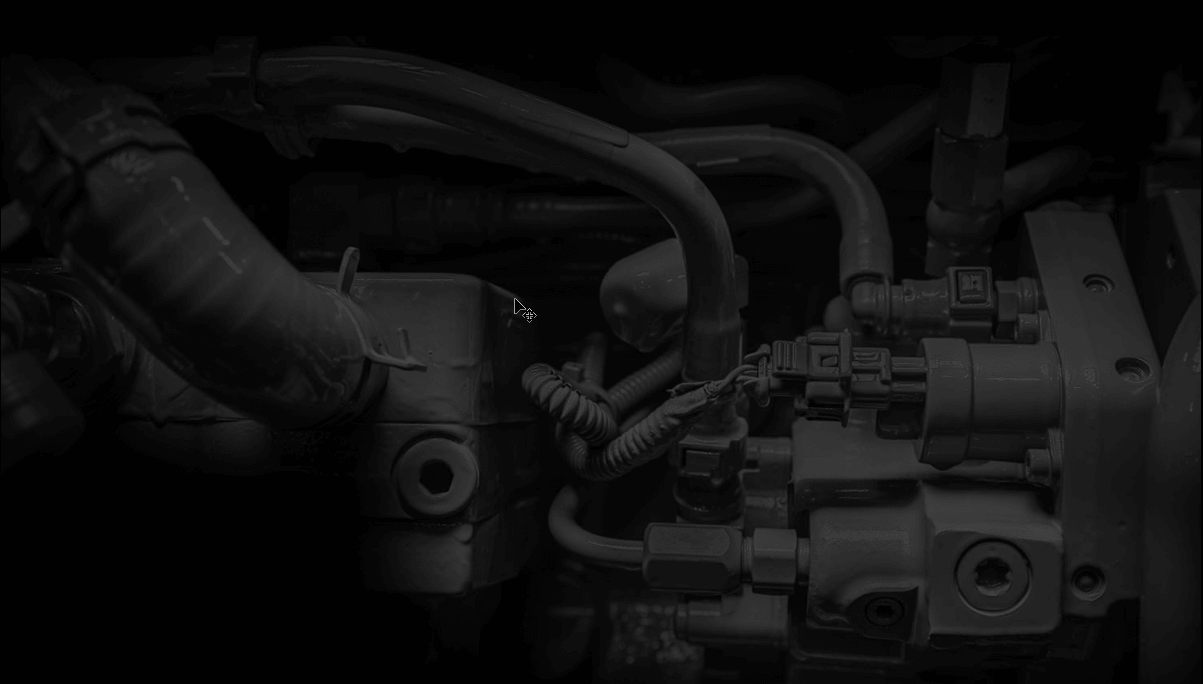 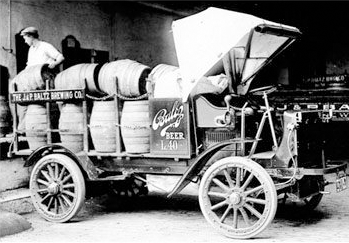 By 1907, Autocar had 1,000 workers on two shifts striving to keep up with demand for its automobiles and had announced the launch of the revolutionary Model XVIII truck. Autocar’s focus on engineering in the early days of the motor vehicle industry led to many breakthrough inventions that have become standard in the trucks and cars we still use today:

In 1911 Autocar decided to focus its efforts on trucks and produced its last motor car. Ever since then Autocar has custom-engineered trucks to provide purpose-built tools for the most demanding commercial and municipal customers. 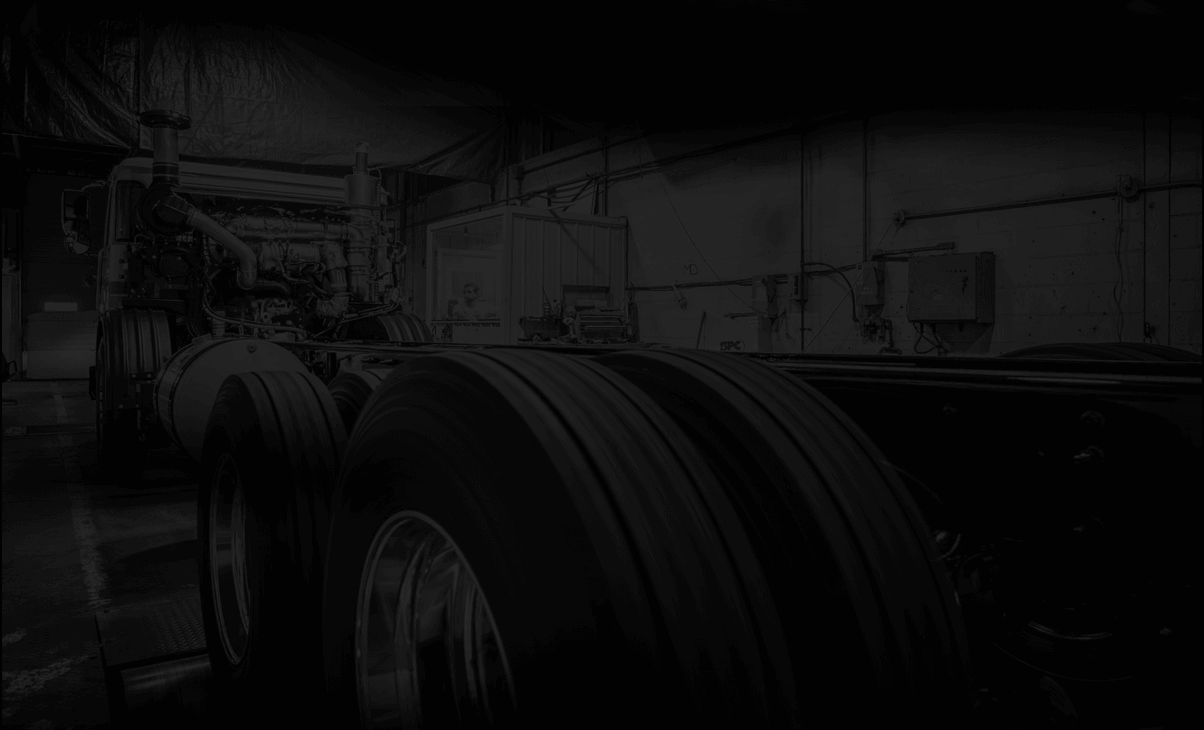 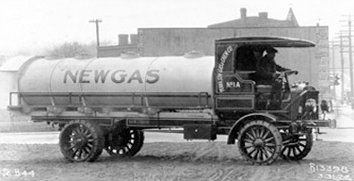 In 1919 the famous Autocar bowtie emblem appeared for the first time. By 1921, Autocar offered three models with capacities ranging from 1-1/2 to 6 tons, a variety of wheel bases, and both conventional and engine-under-the-seat designs. In the late 1920s the company’s 2,600 employees focused on severe-duty vocational and hauling markets with ever-larger conventional models and many new product features such as the “Blue Streak” 6-cylinder engine, proprietary axles and 12-speed transmissions, enclosed cabs, and a four-wheel drive system.

In 1933 Autocar launched the Model U, bringing back the “engine-under-the-seat” format that evolved into today’s Cab-Over-Engine. Fully seven feet shorter than conventional models and fitted with purpose-built doors and special hinges, the Autocar UDNF was chosen by the Washington, D.C. City Refuse Dept. for their refuse hauling routes. 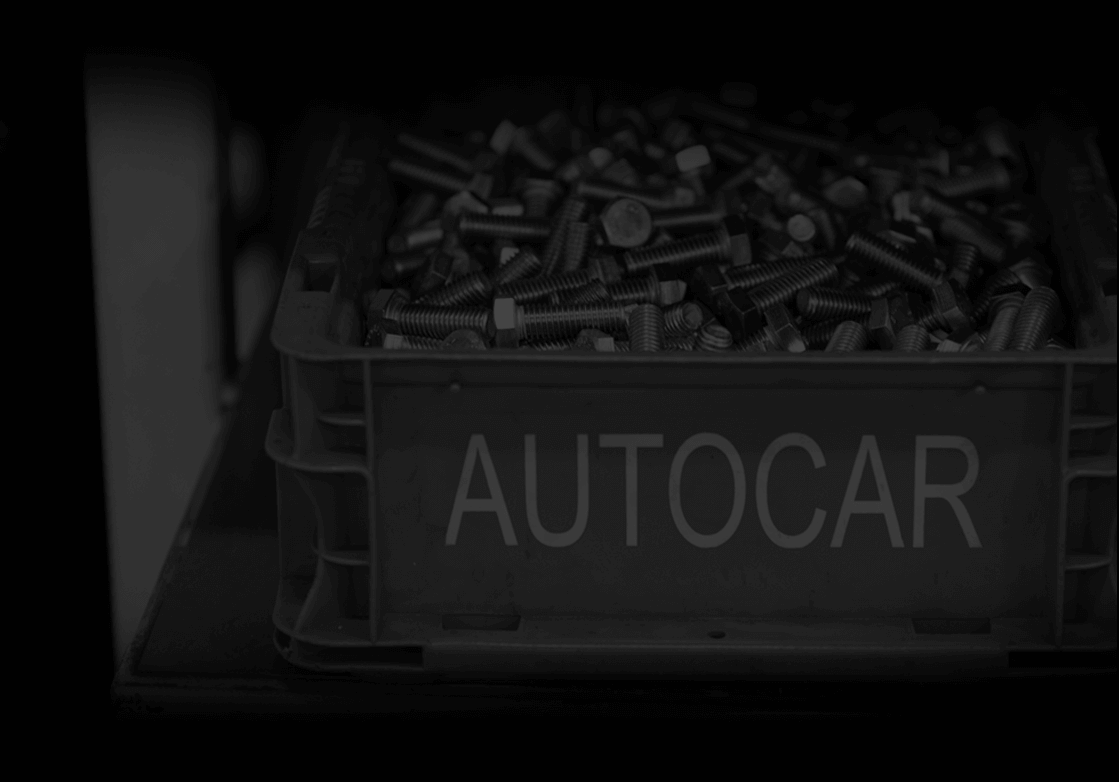 Autocar supplied over 37,000 armored half-trucks, all-wheel-drive prime movers, and standard production models, including the Model U, for the overseas war effort. The military was able to rely on these trucks for their simplicity in maintenance and their power over rugged terrain.

Efficiency was critical during the rationing years and Autocar sought to reduce customers’ operating costs. Autocar was an early adopter of diesel engines and offered the 672 cubic inch, 150-horsepower Cummins Diesel HB-600 in 1939. Not only were Autocar’s diesel trucks more cost-effective to fuel than gasoline-powered models, they also hauled heavier loads.

A letter to Autocar from General Dwight Eisenhower praised the company’s efforts, saying “It was the job of motor transport to deliver the goods, and American wheels and axles never let us down”. 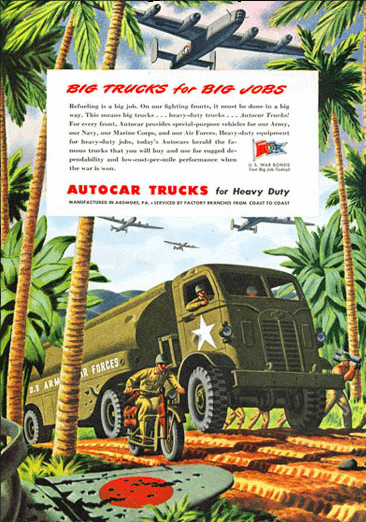 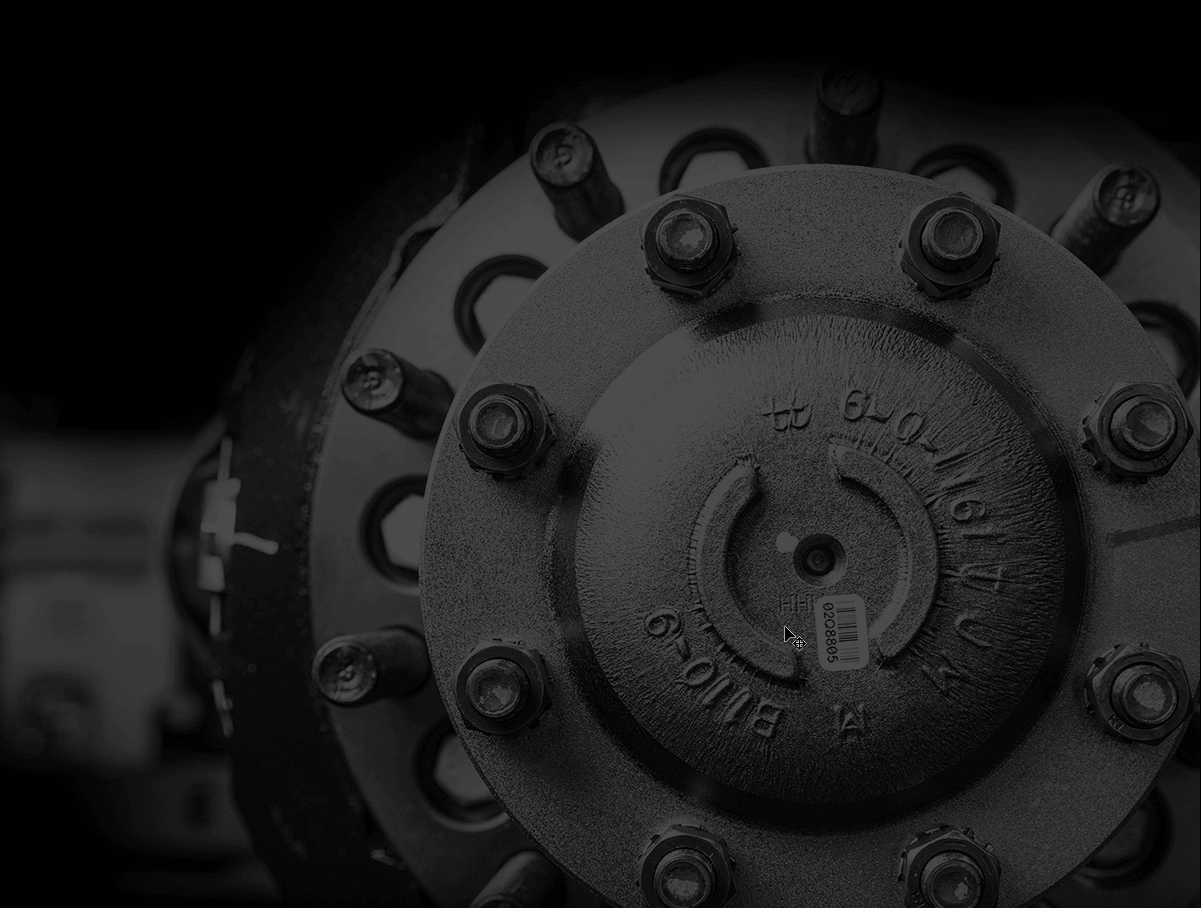 The all-steel Autocar Driver Cab was launched in 1950, bringing a new era of innovations designed to improve operators’ comfort and productivity. After growing the Autocar company-owned dealer network to over 100 locations, Autocar was acquired by the White Motor Company in 1953. In 1954 production was moved to a new factory in Exton, Pennsylvania.

Autocar became known for “Custom Engineering,” designing each truck to the end-user’s specifications – a tradition that’s carried on to today. Autocar offered White’s Mustang engine, along with Cummins and Detroit Diesel engines, some turbo-charged up to 600 horsepower.

In 1957 Autocar introduced the AP series for extreme-duty on- and off-road construction, mining, logging and oil field applications. The Autocar AP40, with a 40-ton capacity, was the largest single-engine vehicle in the world. At the same time, Autocar’s A Model focused on weight reduction with aluminum frames and cabs. 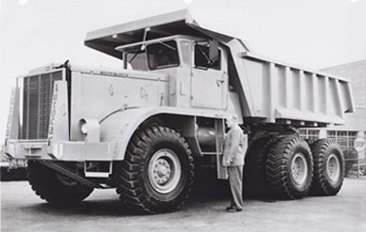 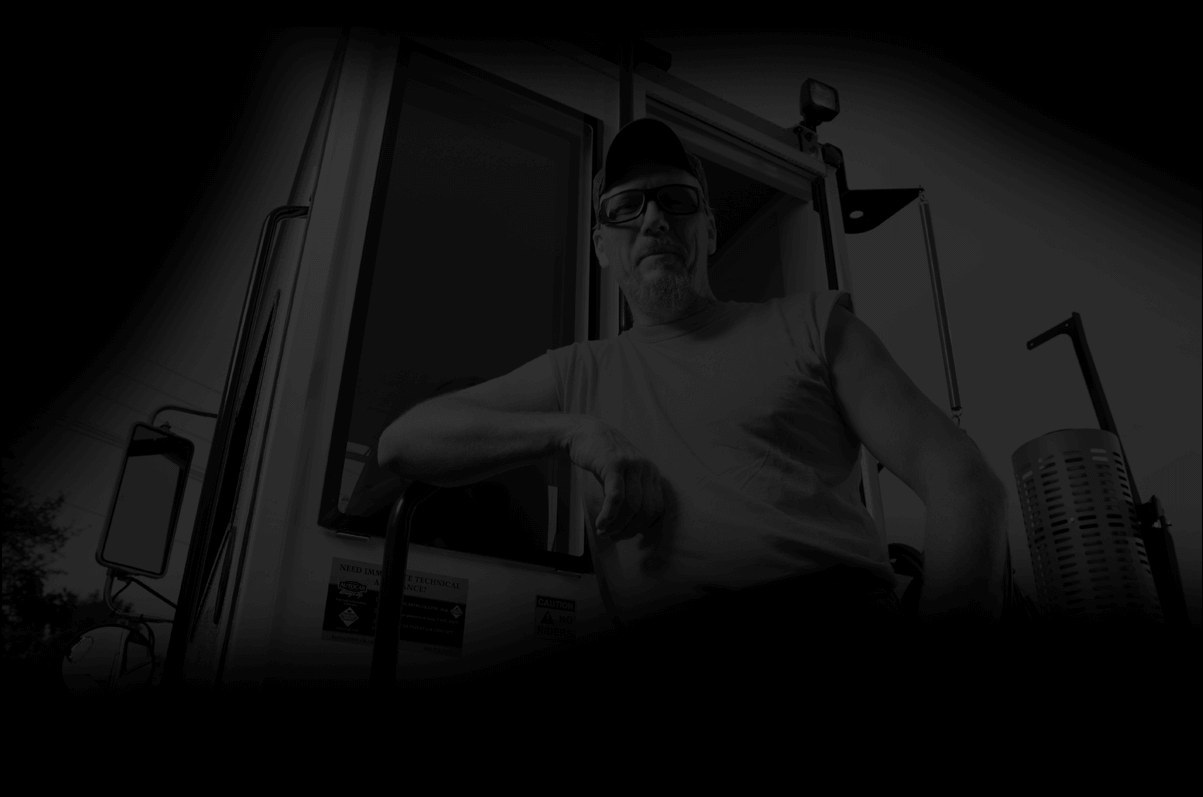 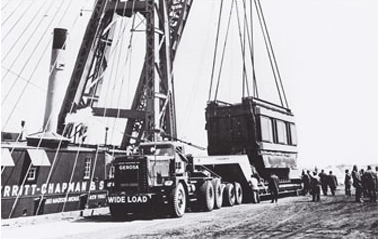 Among the unique models produced during this period were a 900,000 lb. GCW Autocar AP19T with a V-12 Cummins diesel engine, a 30,000 lb. tubular front axle and 200,000 lb. tandem rear axles. The Autocar CK64 Half Cabs were used to carry concrete mixers, stone blocks and a 35-foot boom, and other construction-related applications. The current Autocar ACTTs share the DNA of those custom-engineered Autocar CK Half Cab vehicles. 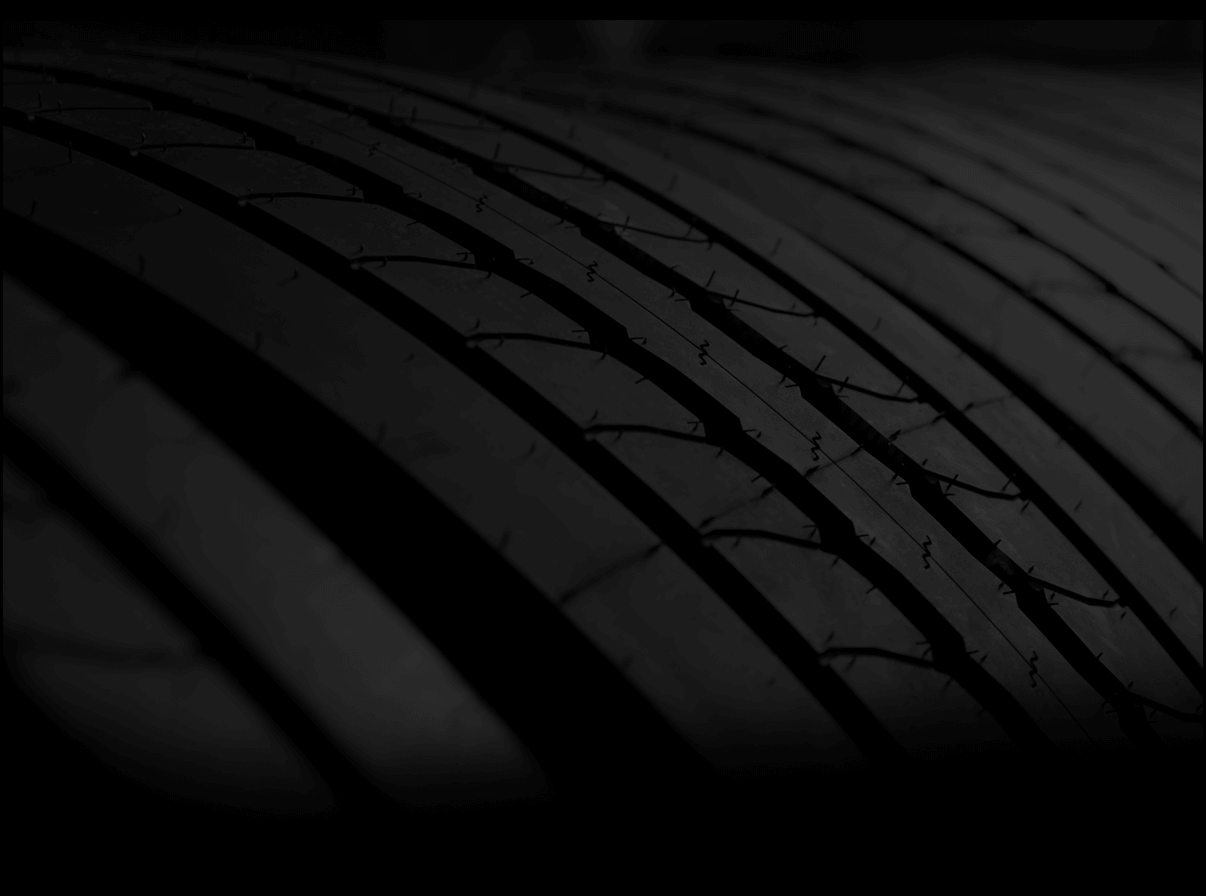 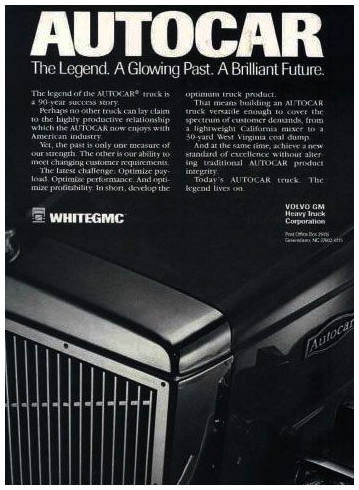 1986 brought more changes as Volvo White acquired the heavy-truck business from General Motors and became Volvo GM Heavy Truck Corporation. The last Autocar built with the legendary Autocar Driver Cab, first launched back in 1950, rolled off the line in December, 1987.

In 1988, Autocar trucks sported the iconic Autocar bowtie on the side of the hood and a White GMC logo on the grille, but the bowtie later returned to the top of the radiator. Autocar’s 100th Anniversary was celebrated in 1997 but in October, 2000, Volvo produced its last Autocar. 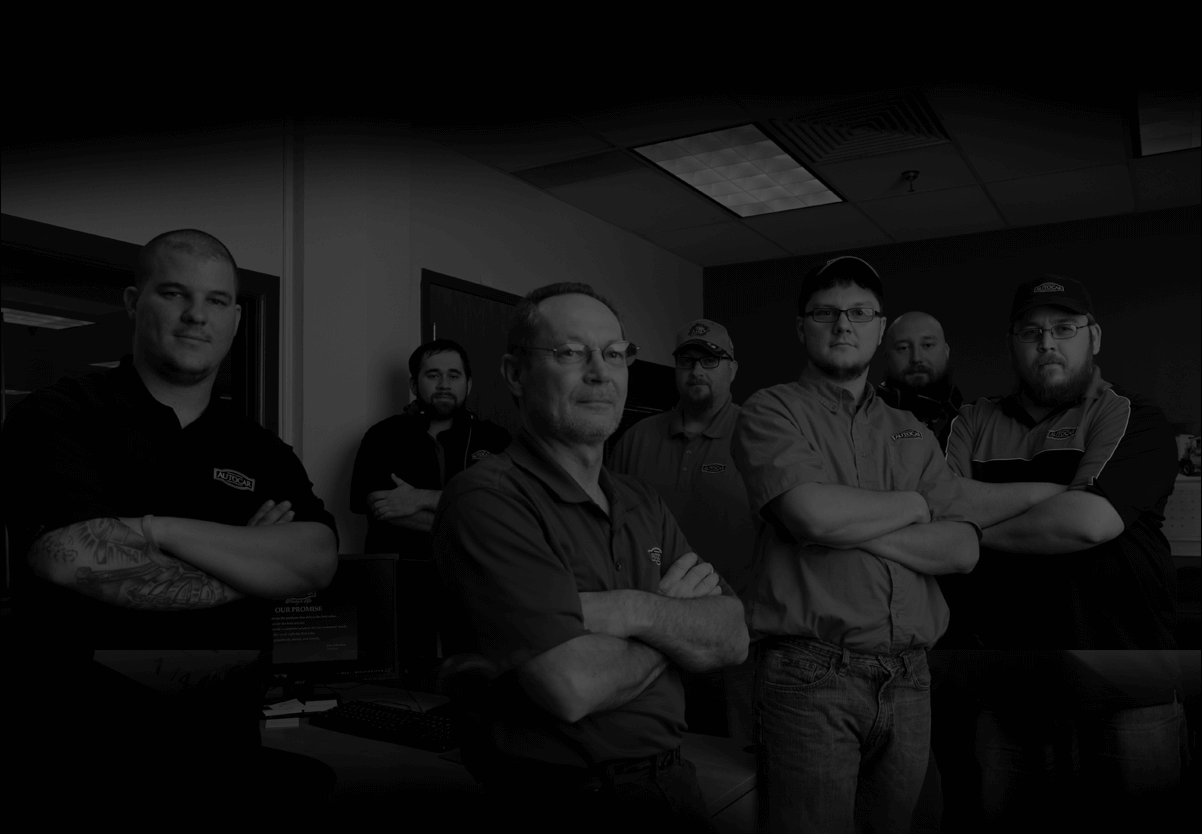 In 2001, GVW Group LLC purchased Autocar and the Xpeditor truck model from Volvo Trucks North America and formed Autocar, LLC. Autocar went back to its roots to purpose-build the highest-performing severe-service trucks in the world. Located in Hagerstown, Indiana since 2003, Autocar once more earned a commanding position in the refuse market it pioneered with its revolutionary Model U in 1933. 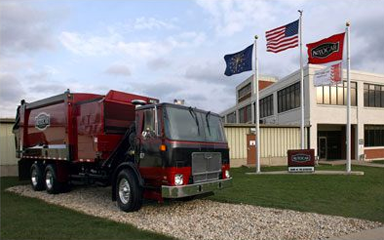 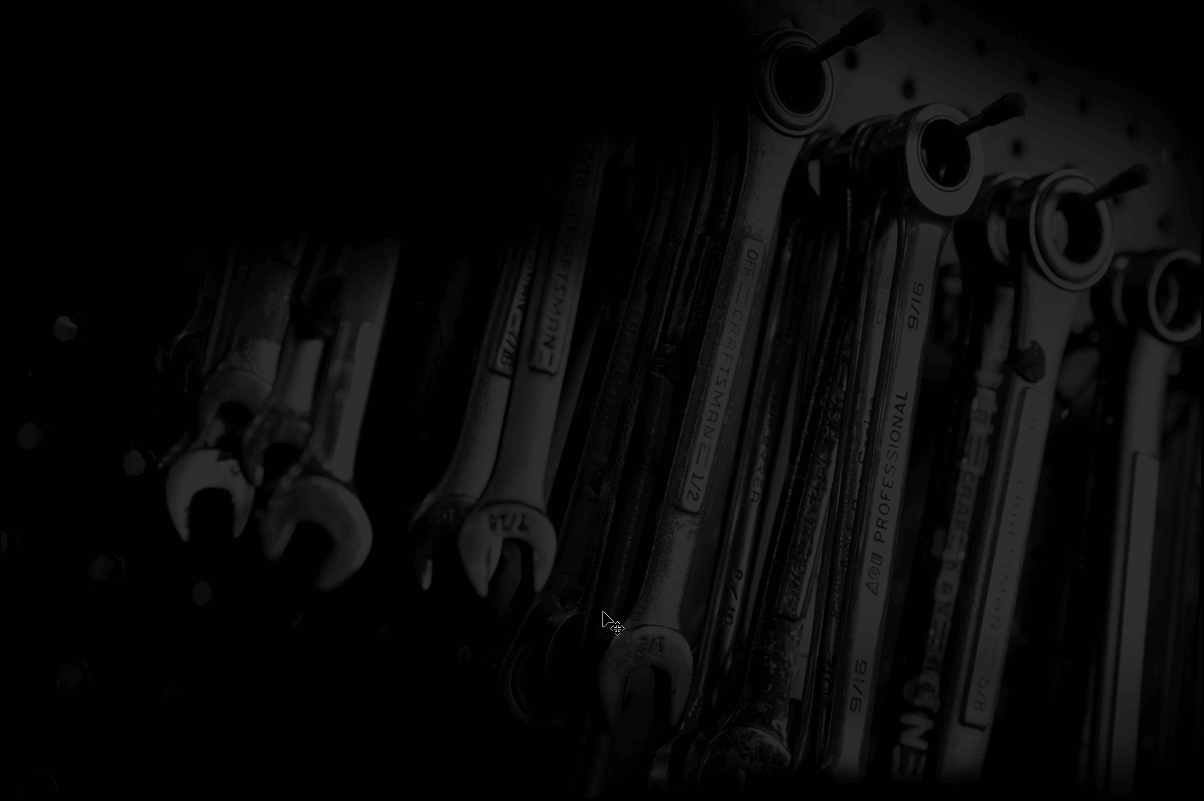 In 2008, the company introduced the Autocar ACX Low Cab-Over (under the Xpeditor model name). The Autocar ACX brought many firsts to the market, including a spacious and ergonomically-designed cab, B-pillar corner rear windows, and integrated body controls.

The Autocar ACTT exploded onto the market for terminal tractors, where there was a desperate need for custom-engineered Class 8 yard trucks that can deliver ultimate productivity and withstand continuous severe-duty cycles – everything Autocar has done best for over 100 years.

In 2012, the Autocar ACMD, America’s only medium-duty Cab-Over-Engine truck, was designed by special request from several companies hungry for an American-made Class 7 vocational truck. The ACMD platform has now expanded to cover even more applications, with additional formats such as Class 8 4x2 and Class 8 6x4. 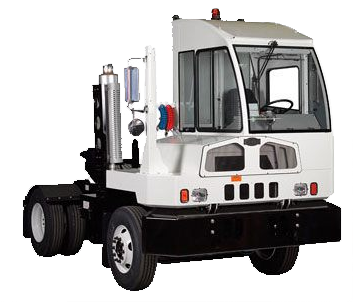 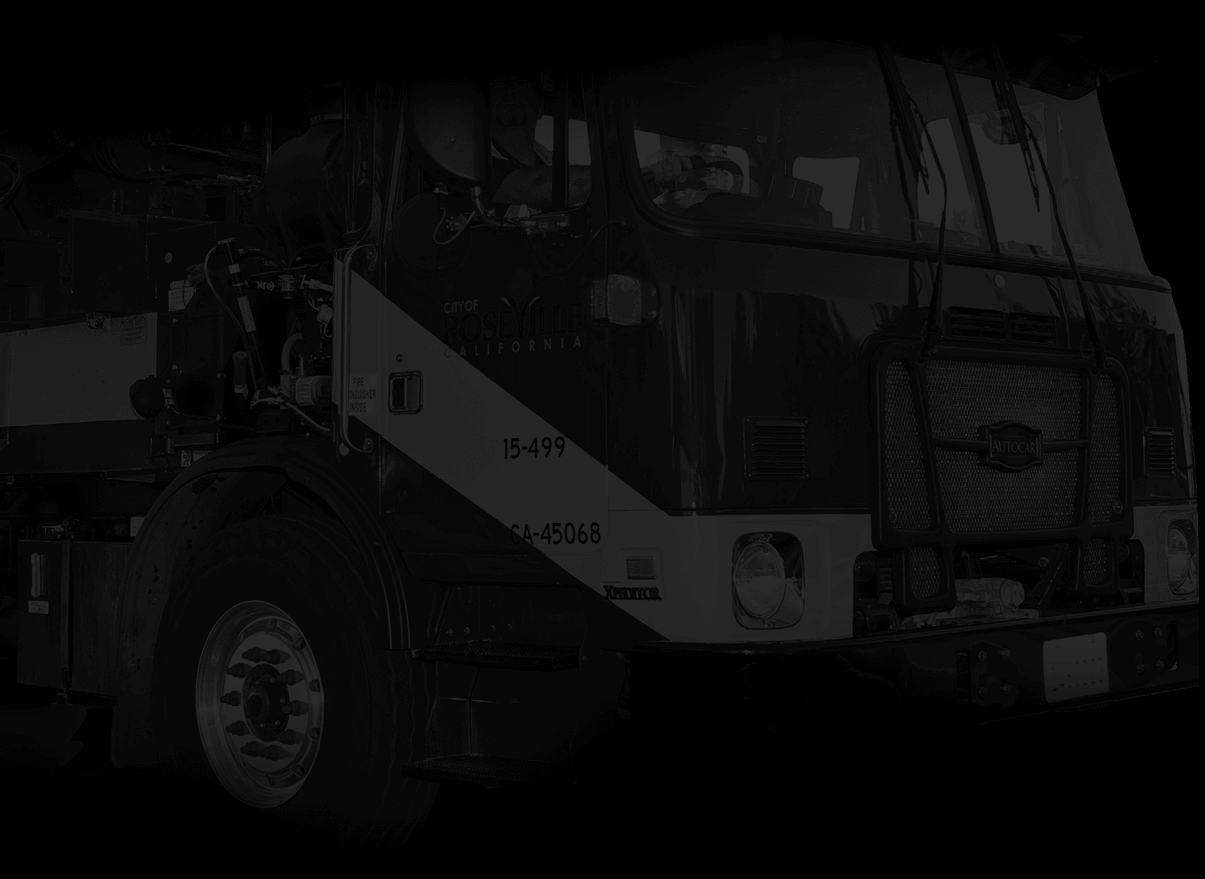 Rebirth of the Autocar DC™ 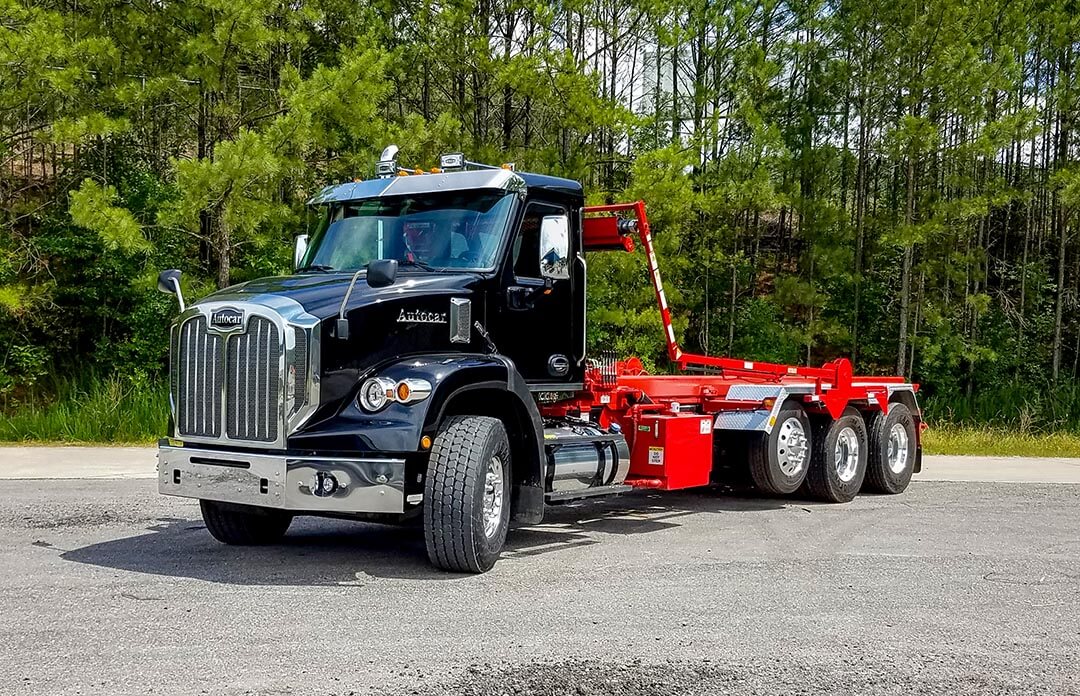 In 2019 Autocar announced the rebirth of Autocar’s DC conventional truck, first introduced by The Autocar Company in 1939 as its premier severe-duty and, revolutionary for the time, diesel-powered work truck. The DC-64 is all-new from the ground up and joins the ACX® and ACMD® cabover trucks and the ACTT® terminal tractor, as Autocar’s fourth line.

The DC-64 is also the first of Autocar’s lines to carry the refreshed Autocar bow-tie logo, 100 years after it was originally introduced in 1919. Going back to Autocar’s roots with the logo symbolizes we are staying true to all the things that made Autocar the gold standard for customer-focused, purpose-built, severe-duty vocational trucks. That will never change.

After 124 years of innovation, Autocar remains both the oldest vehicle nameplate in America and the only truck manufacturer dedicated to severe-duty vocational applications. And Autocar's history is just beginning, with new innovations and products being introduced every year. When you see an Autocar truck on the road, be sure to spot the iconic Autocar bow-tie logo still proudly displayed on the grille of every Autocar truck.