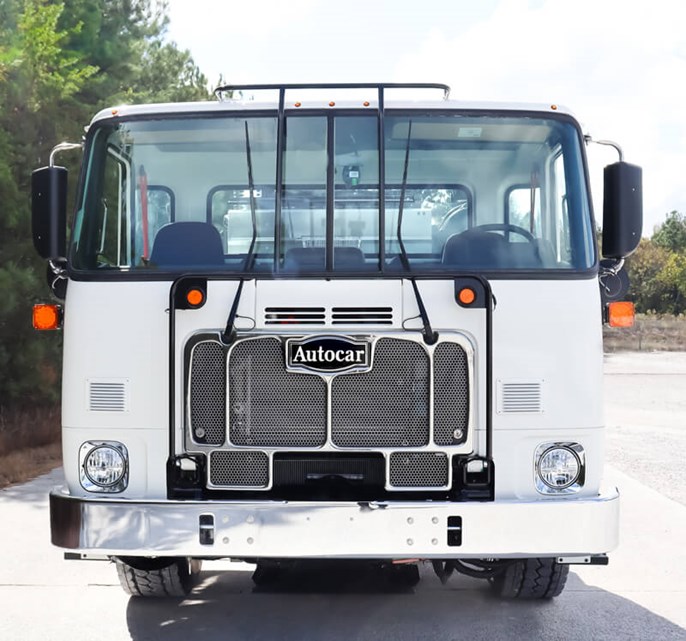 Change can be incremental when it comes to waste collection vehicles. While these workhorses of the road aren’t adorned with near the bells and whistles that come standard on many late-model passenger vehicles, some manufacturers are starting to equip trucks with new safety features to better protect drivers.

According to Waste Pro, these vehicles “set a new standard for safety for drivers, customers and communities” thanks to the intuitive technology embedded in the trucks.

Cliff Buck, director of national accounts for Autocar, says that the company had worked in conjunction with WABCO over the course of two years to integrate the company’s ADAS technology into its chassis. This technology, which WABCO first introduced to the commercial vehicle industry in 2008, is designed to alert motorists of dangerous driving behavior and obstacles that may be difficult to detect.

Although the integration might seem like a no-brainer, Buck notes that there were several challenges the company had to overcome during the testing phase to prove the system’s functionality.

“While the automotive industry has successfully utilized similar technology for a number of years, its use has proven to be a serious challenge in the refuse industry and other specialized markets,” Buck says. “As part of Autocar’s efforts to address these challenges, Autocar built a custom test chassis last September, which included the ADAS technology. The test chassis then started its track and on-road testing in early October of last year. With the numerous truck configurations Autocar offers to its customers, the testing had to be extensive in order to prove functionality, reliability and increased safety over the range of its axle configurations, shifting centers of gravity, and different weight ratings.”

Buck says that these tests were performed in all road, traffic and weather conditions—including winter testing in Michigan’s harsh climate—to ensure consistent performance. The company also made sure that the ADAS hardware would be subject to rigorous testing to ensure that it would handle the severe-duty environment of the refuse industry.

Investing in safety technology for its collection operations is nothing new for Waste Pro. According to the company, trucks are outfitted with the latest onboard camera and video monitoring systems, fleet management software, safety lighting and steering and braking systems to ensure top performance.

However, before investing in a given solution, there is a significant amount of internal discussion that takes place to weigh the pros and cons of adopting various technologies.

According to Dave Kutschinski, vice president of fleet and maintenance at Waste Pro, the company sought input from a number of team members when deciding on the merits of investing in Autocar’s trucks with ADAS technology.

After discussing and vetting the technologies in house, Waste Pro decided these driver safety features had the potential to give operators the tools they need to be safer behind the wheel.

“This technology has been available in the automotive industry since at least early 2010 from various car manufacturers, and we have monitored the various safety technologies coming to market for over 20 years with the focus on identifying those technologies that provide and enhance the safety of our vehicles and equipment working in and around the public at large,” Kutschinski says. “Our intent is to provide our professional drivers with vehicles and equipment that incorporate safety features that add to their toolbox of knowledge and usable technology in an effort to keep them and the public safe throughout each workday.”

The importance of investing in equipment that keeps drivers and the public safe has never been greater, as the waste collection industry continues to be among those with the highest rates of on-the-job injuries, illness and fatalities.